Financial crimes can generate some of the most complex criminal cases in California. One of the most common yet most commonly misunderstood types of financial crime in San Diego, CA, is extortion. Many people misunderstand this offense, and some commit it without realizing they are engaging in illegal behavior. Everyone needs to understand what extortion means, what to do if you are accused of extortion, and the implications extortion may have in civil and criminal law.

The attorneys at Zentz & Zentz comprise a team of experienced San Diego extortion lawyers who can provide the defense representation you need in a challenging extortion case. Our team has years of professional experience handling extortion cases, helping our clients minimize their penalties or prove their innocence when they have been wrongfully accused. Whatever your unique extortion case entails, we can provide the detail-oriented defense representation you need to navigate it successfully.

Why Should I Hire a San Diego Extortion Lawyer?

If you are charged with a crime, it’s vital to know the value of having reliable legal counsel on your side. The right defense attorney can make a tremendous difference in the outcome of your case, potentially helping you avoid the worst penalties your charges might entail. Extortion cases are often complex, require extensive evidence recovery, and pose various challenges to defendants as they unfold.

Many people accused of crimes in San Diego wonder whether they need to hire private defense attorneys to represent them. The Sixth Amendment of the US Constitution guarantees legal representation to any American citizen accused of a crime, even if they cannot afford private legal counsel. Public defenders are always available to defendants facing criminal charges in San Diego. These court-appointed defense attorneys provide defense representation free of charge.

When you choose a private San Diego extortion attorney to represent you, you can expect more individualized and detail-oriented legal representation. Good defense attorneys maintain balanced caseloads to provide each client they represent with the full scope of their resources and experience. When you choose Zentz & Zentz as your San Diego extortion lawyers, we will carefully examine the details of your case, the circumstances of your arrest and booking, and all the evidence in play to provide the most comprehensive defense counsel we possibly can. 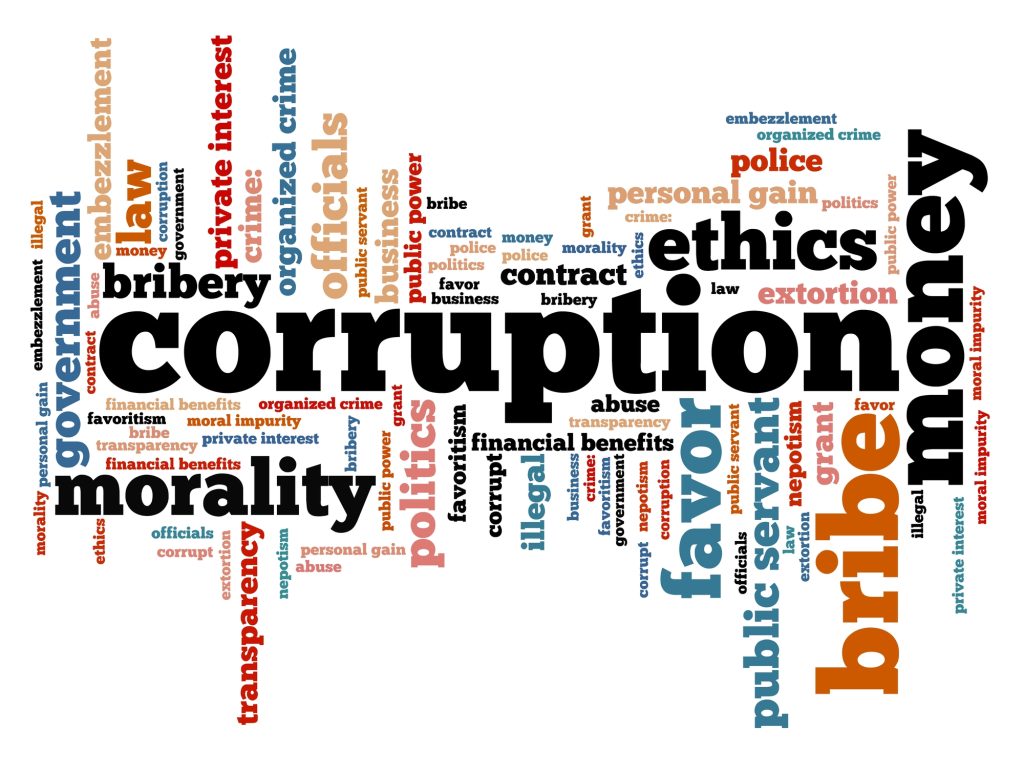 The terms “extortion” and “blackmail” are often used interchangeably. While they do share some similarities, they are technically different. The crime of extortion pertains to threats of force or reputational damage made against another person with the intent of coercing them into surrendering money or property. Blackmail pertains explicitly to the threat of releasing damaging information that will harm another person’s reputation. It’s reasonable to consider blackmail a subset of extortion.

In California, extortion is a felony offense that carries significant penalties. A conviction for extortion requires the prosecution to prove several elements:

It is important to note that the threat in question must involve an action the defendant does not have the legal right to do. For example, if one person owes money to another person for services rendered and refuses to pay, the other person might threaten to sue them to recover what is owed. However, this would not be extortion since they would have the right to file a lawsuit in this situation if they are rightfully owed money from the other person.

Extortion is a felony-level offense in California. Depending on the unique details of the case, the defendant could face a substantial prison sentence and heavy fines. For example, a defendant can face two, three, or four years in county jail and a fine of up to $10,000 if convicted of extortion. However, defendants may qualify for probation in some cases, which will reduce their incarceration term as long as they abide by the terms of their probation.

Unfortunately for the defendants in extortion cases, these criminal charges often relate closely to other charges. If convicted, the defendant faces an even harsher sentence. For example, suppose the alleged victim is a public official, and the defendant blackmailed them into abusing their position of authority. In that case, this could potentially lead to additional charges, predominantly white-collar criminal offenses. It is also possible for a defendant to face an attempted extortion charge if they made a threat, but the alleged victim never consented to their demands. Attempted extortion is a “wobbler” offense in California that may qualify for a felony or misdemeanor status depending on the case’s specific details.

The state only needs proof an extortion threat was made to proceed with criminal charges. However, for a victim to file a civil suit, they must prove they sustained actual harm due to the defendant’s threat.

How a San Diego Extortion Lawyer Can Help with Your Case

If you are charged with extortion in San Diego, an extortion lawyer is a critical asset for you to successfully navigate your criminal case. A good defense attorney will carefully review the details of your case and the prosecution’s evidence to determine your best available defenses. Remember that the burden of proof rests with the prosecution in any criminal case, and a defendant is innocent until proven guilty beyond a reasonable doubt. It’s your San Diego extortion lawyer’s job to ensure the prosecution does not meet their burden of proof.

Your defense attorney will help you determine the best defenses you can claim in your case. Many extortion cases would involve minimal physical evidence unless a threat were conveyed to an alleged victim electronically or in writing. Extortion offenses are also highly subject to false accusations. It is relatively easy for someone to falsely claim they have been extorted, so a defense attorney may focus on proving the alleged victim’s potential motivations for lying about experiencing extortion.

Ideally, your San Diego extortion attorney will help you avoid conviction and have your charge dismissed. This may be accomplished by proving a false accusation, providing contradictory evidence that quashes the prosecution’s claims, or preventing the prosecution from establishing the defendant’s guilt beyond a reasonable doubt. If the defendant also faces a civil suit from the alleged victim, defeating the criminal charge of extortion will influence the outcome of the civil case. If the extortion never occurred and the alleged victim filed a false accusation, they will not succeed with a civil claim because they would be unable to prove they sustained actual harm. It’s possible for the alleged victim in this situation to then face criminal charges of their own for filing a false police report, falsifying information in court, and related offenses.

FAQs About Blackmail Laws in California

The team at Zentz & Zentz understands that facing any criminal charge is incredibly distressing. A defendant in this situation is likely to experience uncertainty and doubt when forming their defense. Below are some of the most common questions we hear from prospective clients regarding extortion cases.

Review these questions and our answers to hopefully gain a firmer understanding of how extortion cases function in the California criminal court system.

Can You Sue for Extortion?

The victim of extortion can file a civil claim for damages against the party who extorted them. However, they must be able to prove they complied with the defendant’s demands and suffered a tangible loss due to the defendant’s threats. While the offending party’s threats may seem severe and potentially disastrous, it is best to report attempted extortion to the police as soon as a threat is conveyed. This will lead to criminal charges against the threatening party without causing you to sustain damages, potentially sparing you a lengthy legal battle.

What Constitutes Extortion in California?

The California Penal Code defines the crime of extortion as the unlawful obtaining of property from another party through a threat of harm or unlawful coercion. To qualify for criminal extortion charges, the defendant must know the threat they are conveying is wrongful, and the victim must comply with their demand.

Is Threatening a Lawsuit Extortion?

If you have valid grounds to file a lawsuit against another party, threatening to file the lawsuit does not constitute criminal extortion in California. For example, if you have grounds to sue, you could demand the defendant agree to a private settlement if they do not want you to sue them. However, threatening a lawsuit without valid grounds to coerce a private settlement from the other party could technically constitute extortion. 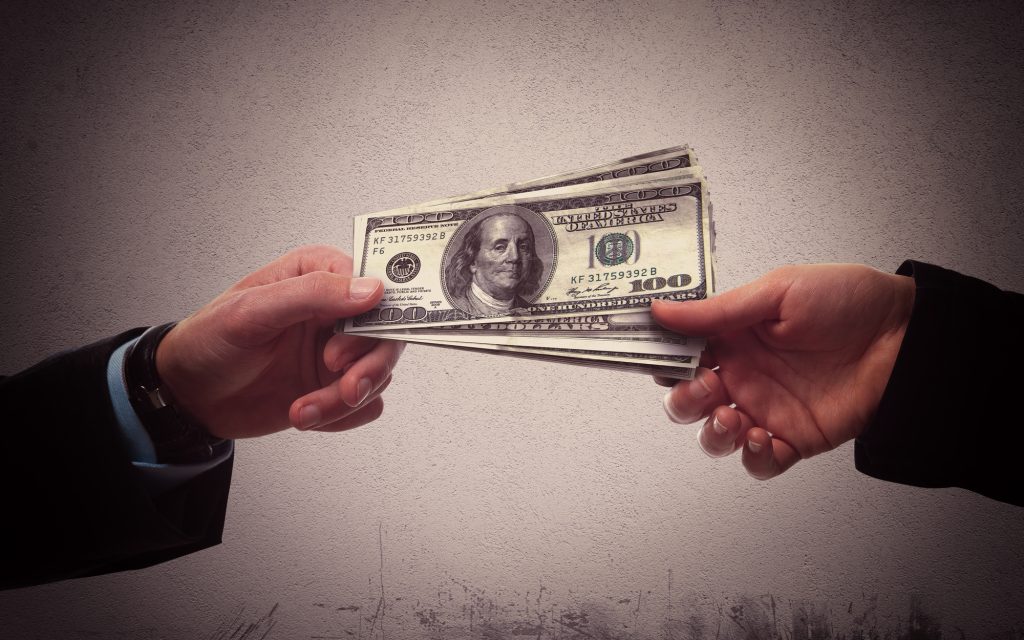 If you have been wrongfully charged with extortion in San Diego, you need a defense attorney who can help you defeat the wrongful charges against you to avoid unjust penalties. Likewise, if you knowingly extort another party, you still need reliable defense counsel to avoid the worst possible penalties your charges might entail.

At Zentz & Zentz,we have a team of experienced San Diego extortion lawyers who can help our clients navigate the most challenging criminal cases. We understand the stress and uncertainty that often follows these charges, and our goal is to help our clients better understand their rights and their best available defenses. If you need a San Diego extortion attorney, we can help. Contact Zentz & Zentz today to schedule your consultation with our team and get the answers to your most crucial criminal defense questions.